About the Juror
Cig’s photographs and artist’s books have been exhibited widely and are in the permanent collections of major museums and collections, including the Museum of Fine Arts, Houston, The Farnsworth Museum, Rockland, and the International Museum of Photography, George Eastman House, Rochester. She was nominated for the 2013 John Gutmann Award and was a finalist at Prix Virginia, an international photography prize for women.

Cig had her first solo museum show at The Stenersen Museum, Oslo, Norway, in the spring of 2012 in conjunction with the release of her  first monograph You Look At Me Like An Emergency, Schilt Publishing, 2012. Her second monograph, Gardening At Night (Schilt Publishing, 2015,), was released in the spring 2015 in conjunction with solo shows at Robert Mann Gallery, New York, Robert Klein Gallery, Boston and Paul Kopeikin Gallery, Los Angeles. The book received critical acclaim with features and reviews in Vogue, The Telegraph, the International Wall Street Journal, The International New York Times, and Aesthetica among others. The International Wall Street Journal said of the series, “Though the subjects and setting are familiar to us, we cannot help but feel that Cig Harvey has led us through the looking glass to a world of wonder. In the way that twilight is not quite day and not quite night, the photographs of Gardening at Night are stories not yet fully developed, while still capturing the unexpected yet oddly harmonious moments that surround us daily.”

Cig’s devotion to visual storytelling has lead to innovative international campaigns and features with, New York Magazine, Harpers Bazaar, Kate Spade, and Bloomingdales. Cig teaches workshops and regularly speaks on her work and process at institutions around the world. 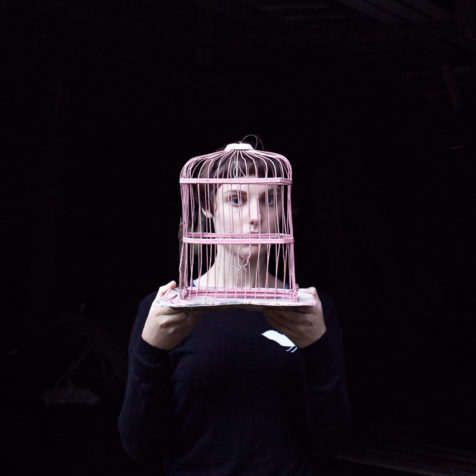 Eligibility: We are looking for the singular image that evokes story and narrative, often times through metaphor and symbolism. Images can be found or constructed, in landscape, street life and the everyday. The photographs can be from any source, film, digital, or scanned. They can be produced by hand, with historic processes or archival digital prints. The exhibition is open to all forms of visual storytelling and subject matter. This includes personal stories, documentary, fictional narratives, photojournalism, and any other photography that tells a story. For further questions regarding eligible images, email info@tiltgallery.com. Work should have been completed in the last three years.

Award: First and second place awards & honorable mentions will be granted. First place & Second place selected Winners will be included in a our Tilt Gallery annual signature exhibition, Who’s in the House.

Click here to find out more and to submit your artwork.