Join us for an Artist Lecture with Jerry Spagnoli! Known worldwide for his Daguerreotype techniques, Spagnoli will join us from New York City for a weekend of learning and exploring.  This event on Friday, February 24 from 6:30 – 8pm is free and open to the public.

About Jerry Spagnoli
Jerry Spagnoli, a photographer since the mid-1970s, is best known for his work with the daguerreotype process, a complex photographic technique invented in 1839 that produces images on highly polished, silver clad copper plates. Initiating his exploration of the daguerreotype in San Francisco in 1994, Spagnoli experimented with nineteenth-century materials and studied the effects achieved by early practitioners to understand the technical aspects of the process, as well as its expressive and visual potential as a medium. He began work on an ongoing series entitled “The Last Great Daguerreian Survey of the 20th Century” in 1995, continuing the series upon returning to the east coast in 1998. The project features views of the metropolis as well as images of historically significant events including the destruction of the World Trade Center on 9/11, the vigil following the disappearance of John F. Kennedy, Jr.., and Times Square at midnight on the eve of the new millennium. Considered the leading expert in the revitalization of the daguerreotype process, Spagnoli is also noted for his collaboration with artist Chuck Close on daguerreotype portraits and nudes. 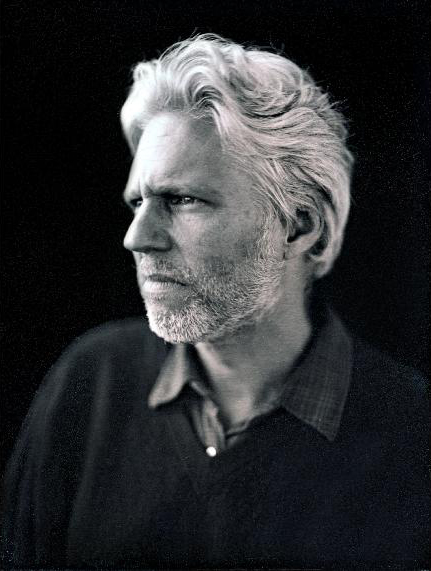 Spagnoli’s interest in the characteristic qualities of photographic processes extends to other aspects of his work. In his “Photomicrograph” series Spagnoli explores how people, photographed at great distances onto a small piece of film and enlarged many times, are readable as human forms from the most minimal information. In “Pantheon,” a recent series of color photographs, Spagnoli placed a radiating sun at the center of each image, the effect of which is enhanced by his use of a pinhole camera. Recently this project has morphed into “Local Stories.” Exchanging the pinhole for a super-wide-angle lens the project has taken on a more documentarian agenda while retaining the preoccupation with the sun as a central motif. Of his work, Spagnoli comments, “Ultimately my use of various materials and methods is centered in my desire to make complicated stories out of the everyday world, which is my apparent subject matter. Photography allows me to engage viewers with images and ideas which are filtered through the abstracting apparatus of the camera and woven into the matrix of its rich history.” 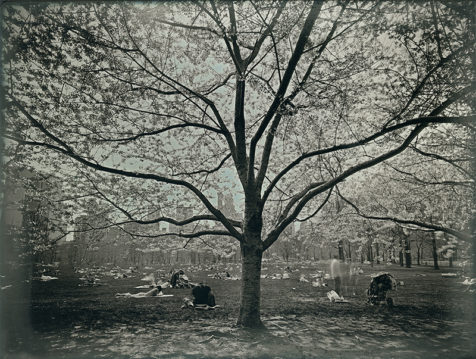 Untitled from the Last Great Daguerreian Survey of the 20th Century, Jerry Spagnoli