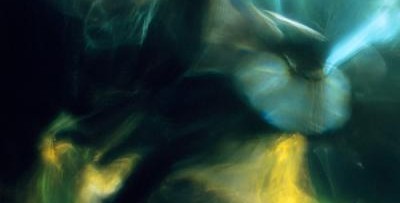 Wynn Bullock: Color Light Abstractions features the experimental color photographs of Bullock that he produced in the early 1960s. Although Bullock is best known for his black and white images of landscapes, he created a substantial body of work in color during different times in his career.

Between 1959 and 1965, Bullock departed from black and white imagery and produced a body of work he referred to as “color light abstractions.” For him, these photographs represented an in-depth exploration of the phenomenon of light, manifesting his belief that light is a great force at the heart of all being, “perhaps,” as he said, “the most profound truth in the universe.”

Barbara and Gene Bullock-Wilson will attend the gallery reception on Tuesday, Sept. 10 at 6:00 p.m.

Northlight Gallery will also feature works from the permanent collection from a variety of light-based processes including experimental lithographic prints by Todd Walker, a contemporary of Bullock. Walker also had a commercial photography career in California after WWII, eventually establishing Thumbprint Press in the 1960s. He taught with Robert Heineken and Robert Fichter at UCLA, and Jerry Uelsmann and Doug Prince at the University of Florida, before coming to the University of Arizona to teach photography.