Todd Walker at 100; Frank Gohlke, Speeding Trucks and Other Follies

Etherton Gallery is pleased to present a retrospective exhibition celebrating the 100th birthday of photographer Todd Walker (1917-1998). Todd Walker at 100 and Frank Gohlke, Speeding Trucks and Other Follies, opens with a reception, 7-10pm, Saturday, November 18th, 2017 and runs through January 6, 2018. The exhibition explores the primary focus of Todd Walker’s career, experimentation. Walker was an innovative and prolific photographer, printmaker, and book artist who is best known for his layered, manipulated prints and his use of offset lithography and screenprinting. He revived and reinterpreted 19th century photographic processes, then later experimented with new image making systems including early digital photography made possible by the first Apple computers. Speeding Trucks and Other Follies brings together three bodies of work by preeminent landscape photographer Frank Gohlke, made during 1971-1972, which established his abiding sensitivity to the landscapes of ordinary life. This is Gohlke’s first exhibition with the gallery, and Etherton is the first venue to show this body of work. The exhibition will also include a small installation of Gohlke’s grain elevator photographs.  Photographs of Bears Ears National Monument by Stephen Strom will be on display in the in-house pop-up gallery. All three photographers taught in their respective fields at the University of Arizona. Gohlke is currently Laureate Professor at the School of Art. 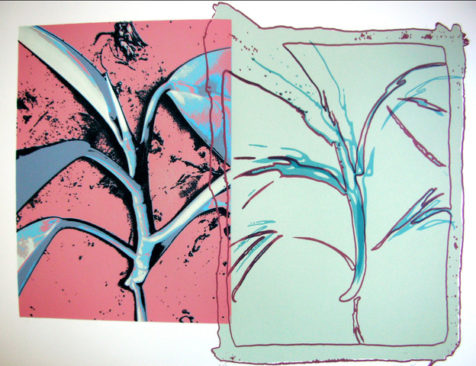 Although less known than some of his colleagues, Todd Walker was part of a group of West Coast photographers including Robert Heinecken, and Robert Fichter who were engaged in expanding the practice of photography beyond established conventions beginning in the 1960s. Walker turned away from a successful 25-year career as an advertising photographer, with clients such as Ford, Chevrolet, Lockheed and Bank of America to pursue an interest in the transformational possibilities of photography. He was ahead of his time in experimenting with 19th century processes and early digital photography. He experimented with commercial printing processes, including silkscreen and lithography, like Andy Warhol and Robert Rauschenberg, and also produced hand-printed artist books based on Shakespearean sonnets. Walker also predicted the digital photography revolution and the demise of darkroom photography. 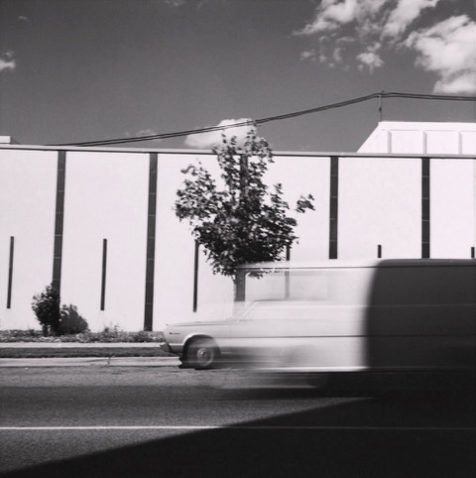 In the summer of 1971 Frank Gohlke moved with his wife and young daughter from Middlebury, Vermont to Minneapolis, Minnesota. He had just embarked on a career in photography, and was in the process of working out the subject that would occupy him for the next 45 years: the landscapes of ordinary life. The three bodies of work brought together in Speeding Trucks and Other Follies were all made between Gohlke’s arrival in Minneapolis and the end of 1972.  Gohlke made photographs of speeding trucks when he noticed how the shadows of the elm trees that once lined most Minneapolis streets briefly materialized on the bodies of passing trucks. Photographs of travel trailers were all made in a Minnesota State Park on one of the family’s infrequent camping trips, while late-night rambles through Gohlke’s Minneapolis neighborhood led to his series of dramatic nocturnes

In December 2016 President Obama protected an area of southeastern Utah that has become visual shorthand for the majesty of the American West, making it a national monument now known as Bears Ears National Monument. Named for twin buttes visible for sixty miles in all directions, Bears Ears National Monument protects an area spanning more than 2,000 square miles. Stephen Strom’s photographs capture the singular beauty of Bears Ears country, its textural subtleties, its expansive landscapes and skies, deep canyons, mystifying spires, and towering mesas, making the argument that protecting this land is not only central to the identity of the American West, but who we are as a nation.

For more information about Todd Walker at 100, Frank Gohlke, Speeding Trucks and Other Follies, please contact Daphne Srinivasan or Hannah Glasston at (520) 614-7370 or info@ethertongallery.com.