With the advent of modern art movements such as Cubism, Dadaism and Surrealism, collage became one of the most significant and innovative art forms of the Twentieth Century.

The ability to use found and inexpensive materials, to be spontaneous and experimental, and to explore color, texture, and composition make collage both a democratic art form and a means for artists of all levels to explore image-making alongside other practices such as drawing, painting and photography.

In this workshop artist Andy Burgess will demonstrate several different approaches to collage, both abstract and representational. Students will use a wide variety of paper media from old stamps, matchbooks and ticket stubs to found paper such as everyday envelopes and product wrappers and hand-painted paper. The emphasis will be on using readily available and affordable materials to make interesting and beautiful works of art. We will explore the lyrical and the Pop Art side of collage – using fragments of image and text to create a visual poem!

We will look at how to cut and tear different papers, glue and paste onto a variety of substrate and create artworks that are both stable and archival.

Each student will leave the workshop having created several unique collages in a variety of styles and media! 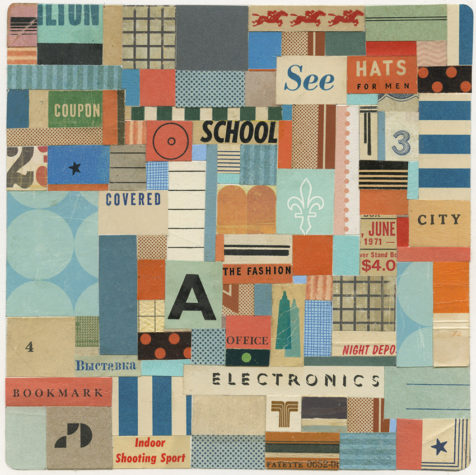 This workshop features an Early Registration discount – sign up by July 29 to take advantage of this great opportunity! 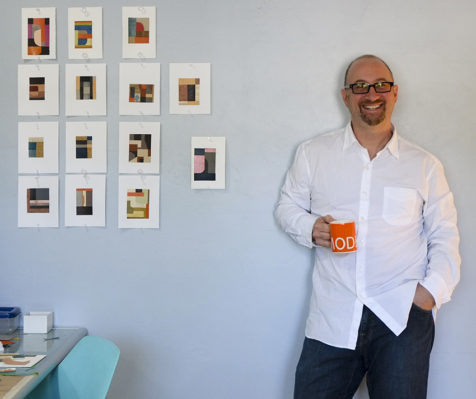 About Andy
Andy Burgess is a London-born artist currently residing in Tucson, Arizona. Burgess is known for his renditions of modernist and mid-century architecture, panoramic cityscape paintings, and elaborate mosaic-like collages made from vintage papers and ephemera collected over many years. Burgess continually expands his artistic vocabulary by mastering various media, more recently immersing himself in photography and printmaking. In 2016, he was invited to Tandem Press, Madison, Wisconsin to collaborate with master printmakers to produce a series of images in limited editions in various media.

Represented for many years by The Cynthia Corbett Gallery in London and more recently by galleries in San Francisco, Laguna Beach, New York and Etherton Gallery in Tucson, Burgess’s work can be seen at many prestigious international art fairs, including Art Miami and Art Hamptons, The London Art Fair and Art New York and most recently Art Central in Hong Kong.  In January 2012, Burgess had his first museum show at The University of Arizona Museum of Art and has subsequently exhibited at The Laguna Art Museum in California. In 2014, Burgess had his first solo New York gallery show at Site 109 in Manhattan’s Lower East Side. In 2016, Burgess completed an artist residency at Tandem Press in Madison, Wisconsin, one of the most prestigious printmaking studios in the country. Burgess has completed many important commissions for public and private institutions including Crossrail (London’s largest ever engineering project), Cunard, APL shipping, Mandarin Oriental Hotels and most recently a new medical centre in San Jose, California.

Burgess’s collectors include the Booker prize-winning author Kazuo Ishiguro, actor and writer Emma Thompson, the Tisch family in New York, Beth De Woody, Board Member of The Whitney Museum and Richard and Ellen Sandor in Chicago, who have one of the top 100 art collections in America.