PhotoTapas day at Art Intersection is always packed with diverse activities, demos, and lectures about photography. This year it was another wonderful experience of Photography.

The day started with a lecture on Gathering the Remnants & 100 Years 100 Ranchers with Scott Baxter in Ryan Gallery. 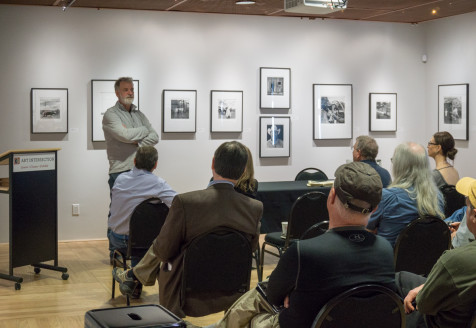 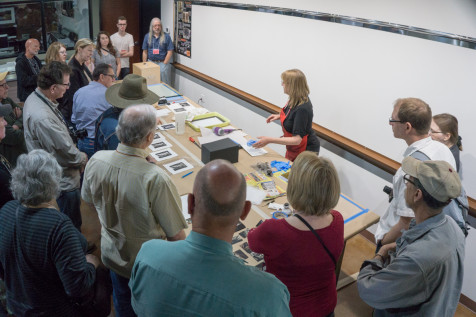 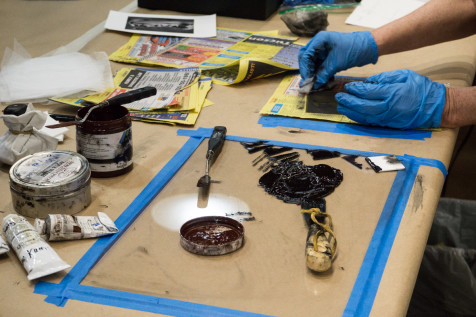 There was a Lumen Print Talk and Demo with Ken Rosenthal on the sunny balcony.  Participants made their own lumen prints through lunch. 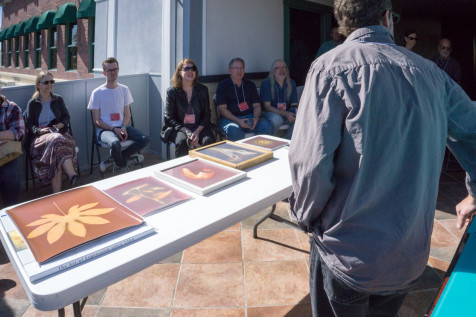 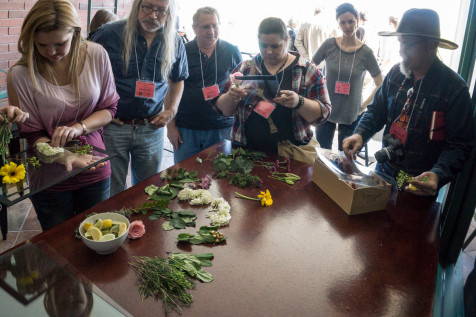 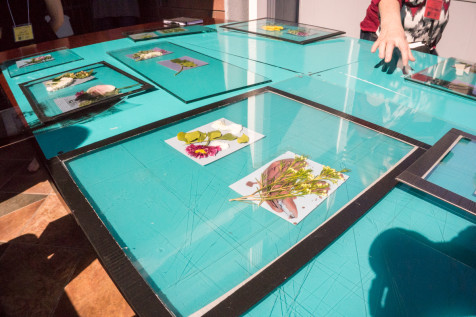 There was a panel discussion, Photobooks after Funding, with William W. Fuller, Brad Jones from P.S. Studios, and Ken Rosenthal. Bill Fuller signed The City book after the panel discussion. 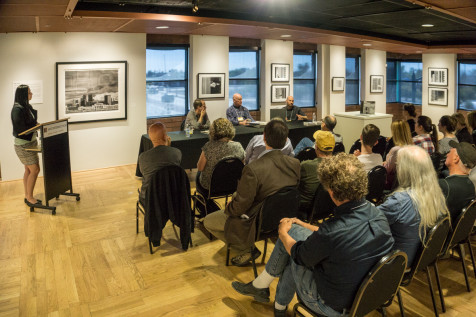 Spanish Tapas was served on our patio along with lively conversation and networking. 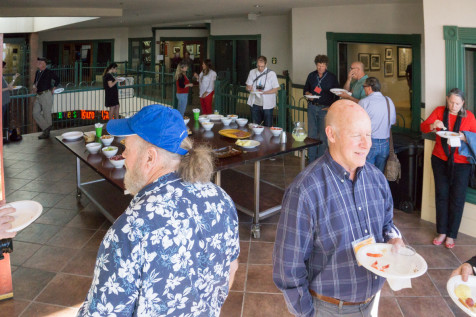 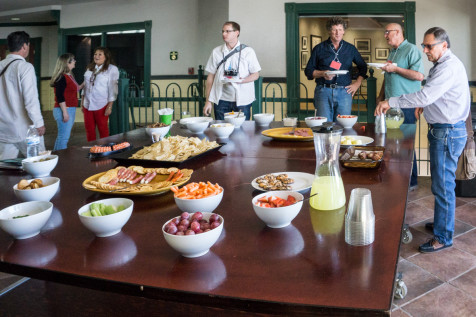 The day ended with a Portfolio Walk in the Art Intersection Galleries which was free and open to the public for viewing. 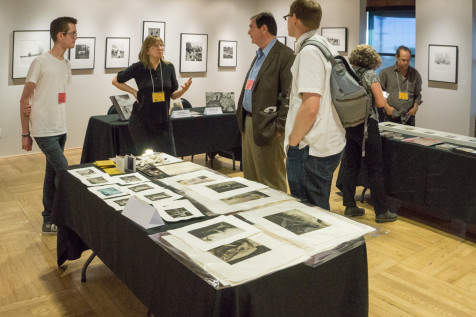 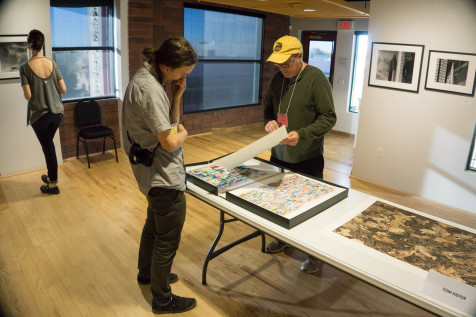 The opening of Eternal Platinum marks Art Intersection’s third anniversary. Our first exhibition on January 17, 2011 was Out of the Blue: Contemporary Cyanotype Invitational. Once again we went to a traditional process that offers a unique, and distinctive presentation of an image. On exhibition in the North and South Galleries are exquisite works from artists that have not been shown before at Art Intersection.

A platinum print is an exceptionally beautiful and everlasting image presented through a wide range of subtle tones. The creation of a contemporary platinum print, whether from film or digital camera, remains an intimate, handcrafted process. The artist begins by hand coating an art paper with a platinum or platinum/palladium solution, exposing the sensitized paper to ultra-violet light, and then hand processing the exposed paper to create the final, permanent print. No two prints are ever identical.

This exhibition is in conjunction with PhotoTapas, celebrating the art of photography in Arizona during the month of February.

In the future we will show the works of additional represented artists with prints produced in the darkroom using processes including cyanotype, gelatin silver, kallitype, etc.

IMAGES FROM THE OPENING

Below are the incredibly nice parents of Charles Grogg, standing in front of one of four images by Charles.

Jim and Carol standing in front of work by Dick Arentz. Carol worked through much of last year to curate this show. She worked directly with the artists, as well as two Arizona galleries to bring this work to Art Intersection. Thank you Carol for a great job. Also, thank you to Tilt Gallery and Etherton Gallery for making this work available to Art Intersection.

Two close friends of Art Intersection, David Emitt Adams and Rosie Shipley. Rosie will be the juror for our upcoming student photography exhibition, Emerge. Thank you Rosie. David was the juror for last year’s Emerge exhibition.

Randy Efros, well know photographer and arts patron joined us. One of his images hangs permanently at Art Intersection.

Mark and Becky Godfrey and Chris Palmer and Tammy Cowden never miss an opening. Mark’s company Parker Madison is the marketing firm for Art Intersection. Both Chris and Tammy have had their work on exhibition at Art Intersection in the past.

Jamie Fitzgerald, Debra Wilson, and Alan Fitzgerald in the Ryan Gallery. Debra works behind the scene at Art Intersection making sure the bills are paid and the business pieces stay organized. Jamie practices acupuncture nearby at The Healing Point. Alan, well we’re not sure what he does, but he drinks most of the coffee.

James Hajicek and Mary Kay Zeeb discussing the platinum process. Jim taught the non-silver curriculum at ASU, and was a professor there for over 30 years. Mary Kay teaches, and is an instructor for the Italy Workshop.

Neil Miller and Marilyn Miller never miss an opening or event at Art Intersection. As always Neil has his camera around his neck, but tonight it’s different, he is shooting with an infra-red flash and filter. He will co-instruct the upcoming infra-red workshop.