Allen Dutton transformed his students into photographers. His name comes into many conversations with visitors to Art Intersection for whom he was a teacher and mentor. Congratulations Allen, and thank you for your contribution to the Arizona photography community.

Following is the press release from INFOCUS. 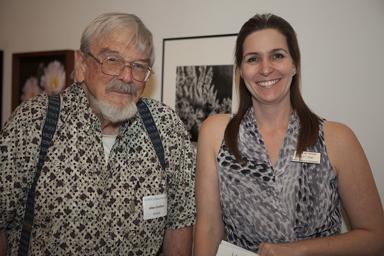 (PHOENIX, Ariz.) INFOCUS, the photography support organization of Phoenix Art Museum, has named Arizona photographer Allen Dutton the first-ever recipient of its INFOCUS Founders Award. The award honors an individual, business or organization whose efforts have advanced the cause and improved public awareness of fine art photography in Arizona.

“Through his work as an educator, photographer and curator at Phoenix College, Allen Dutton has made many contributions to the field during five decades here in Arizona,” remarked Dr. Rebecca Senf, the Norton Family Curator of Photography at the Center for Creative Photography and Phoenix Art Museum. “We’re pleased to recognize his remarkable achievements.”

Dutton is perhaps best known to Arizonans for his celebrated book, Arizona Then & Now. He also founded the photography program at Phoenix College, the flagship campus of the Maricopa Community Colleges. Dutton joined the art department at Phoenix College in 1960 and eventually became department head and photography program director, retiring in 1982.

While at Phoenix College, Dutton assembled a collection of works by some of the 20th century’s most important photographers, including Nathan Lyons, Brett and Edward Weston, Ansel Adams, Paul Caponigro and Minor White, and began an exhibition program at the College. Few college campuses were teaching photography then, and even fewer collecting the medium, and Dutton quickly created a photography program that at the time was considered the finest in the western United States. His exhibitions gained national recognition and exposed a generation of students to the works of these master photographers.

The photography program at Phoenix College continues today, and in 2010, the Allen A. Dutton Center for Photography, a suite of labs and classroom space, was dedicated in the new Phoenix College Fine Arts Building in recognition of Dutton’s lasting contributions to the program.

A prolific photographer, Dutton has exhibited his work worldwide and published eight books. He is represented in numerous public collections, including the Center for Creative Photography, Yale University Art Gallery and The Museum of Modern Art, to name a few. The Arizona Historical Society houses an archive of more than 25,000 of Dutton’s photographs documenting the state’s people and places.

Dutton will receive the INFOCUS Founders Award at Phoenix Art Museum on Friday, Oct. 18, at the annual INFOCUS PhotoBid Silent Auction, which begins at 5:30 p.m. PhotoBid showcases more than 50 signed limited-edition prints and books by acclaimed photographers throughout Arizona and the United States. Admission to the event is $25, and tickets are available through www.infocus-phxart.org/auction. Proceeds from the event benefit INFOCUS, the Museum’s support organization that fosters the appreciation and advancement of photography through educational programs, exhibitions and publications.

Phoenix Art Museum has provided access to visual arts and educational programs in Arizona for more than 50 years and is the largest art museum in the Southwestern United States. Critically acclaimed national and international exhibitions are shown alongside the Museum’s collection of more than 17,000 works of American, Asian, European, Latin American, Western American, modern and contemporary art, and fashion design. The Museum also hosts a comprehensive film program, live performances and educational programs designed to entertain and educate visitors of all ages. Visitors also enjoy vibrant photography exhibitions through the Museum’s landmark partnership with the Center for Creative Photography, University of Arizona. To learn more about Phoenix Art Museum, visit www.phxart.org, or call the 24-hour recorded information line at (602) 257-1222. 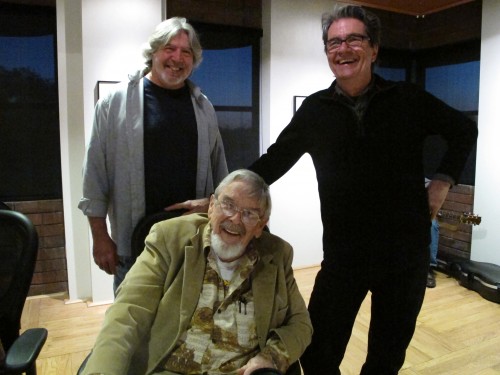 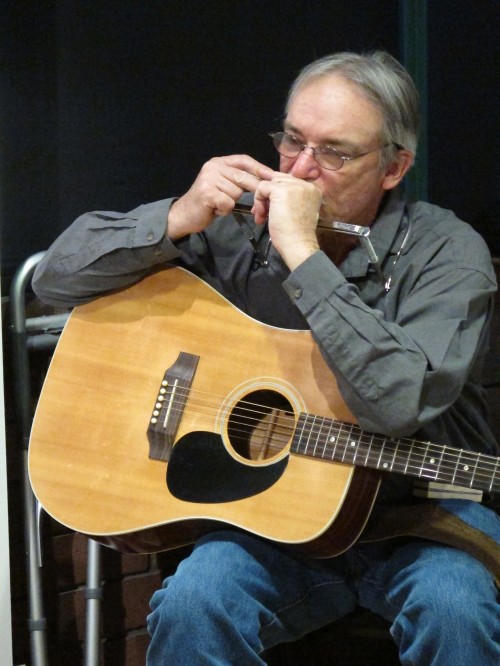 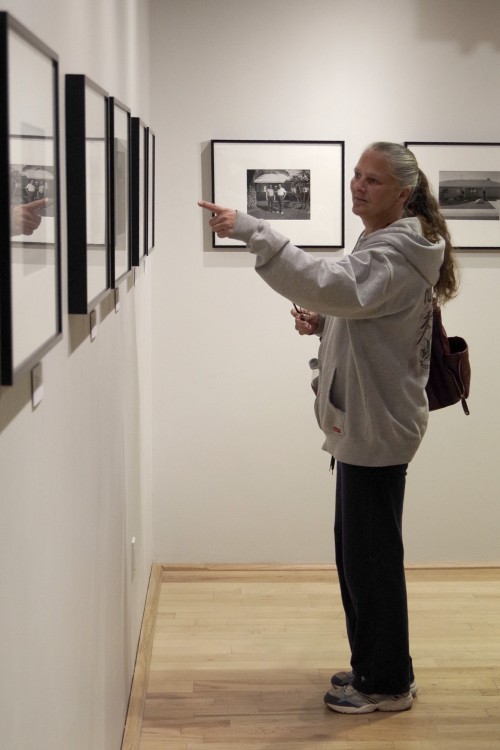 This past Saturday evening, despite being bitterly cold, a warm group of friends joined us to welcome the Duttons. Allen Dutton and Marianne Dutton were on-hand to talk about Allen’s new book, reconnect with friends and past students, and make new friends at the closing reception of Strange But True. This exhibit was last shown at the Corcoran Museum in Washington DC in 2000. Gary Lewellen, a past student and close friend of the Duttons played guitar and harmonica to liven up the evening.

Allen discussed his Rhino Ranch and told stories of his herd of rhinos roaming on his northern Arizona ranch. His illustrated Rhino book tells the entire story, but not like Allen can tell it in person.

Strange But True is a collection of images of Arizona that brings back memories of the changes we have experienced over the past 40 years as Arizona has grownup. We all look forward to Allen’s new, soon to be published book, and another concert from Gary in the future.