Over five days in June this class explored photography from 19th century cyanotype, to 20th century black and white film, to 21st century digital imaging. They covered three centuries of photographic technology in only five days with each student taking home a collection of their work consisting of cyanotype, gelatin-silver, and digital prints. Below, the class group poses for a fun portrait. During the week long camp, each student demonstrated their passion for photography. Here are some examples and there will be additional work in an online gallery coming at the end of the summer youth classes – stay tuned! 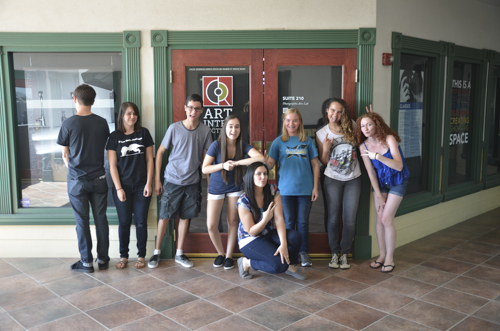 Each student was given a 35mm film camera, a roll of 35mm black and white film, and an assignment. They developed the exposed film in the darkroom using traditional black and white chemistry, and then printed in the darkroom using an enlarger and traditional darkroom processes. Film is very much alive and well, and still capable of making wonderful images as seen by these students’ work. 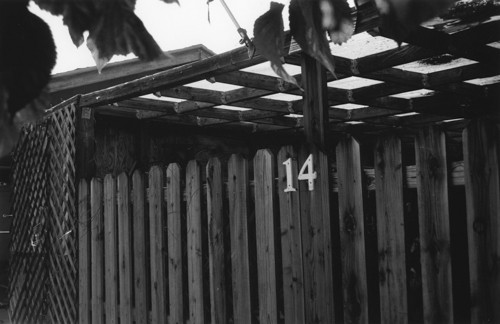 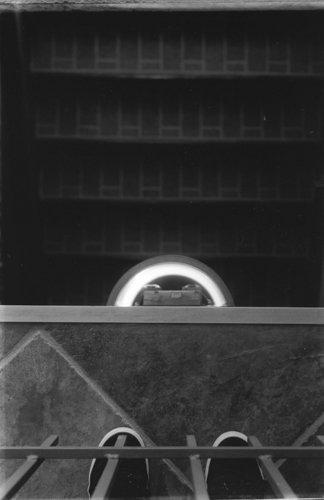 All the week’s work goes on display for review using the magnetic critique wall in the photo arts lab. 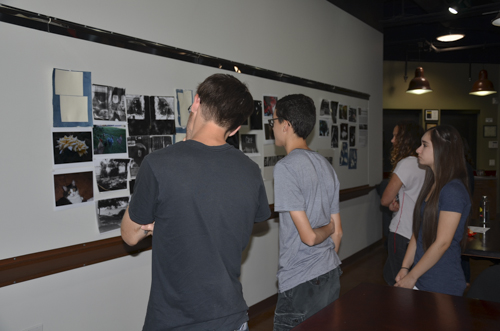 Now we are in the 21st century with this digital image. 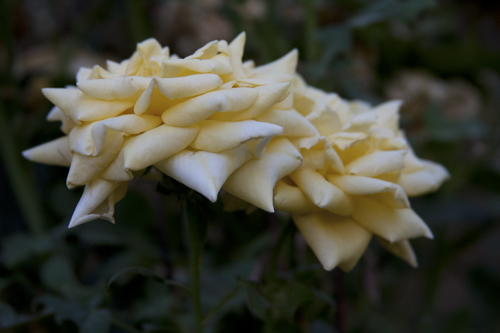 Cyanotype printing requires the paper to be coated and dried before exposure in the sun. 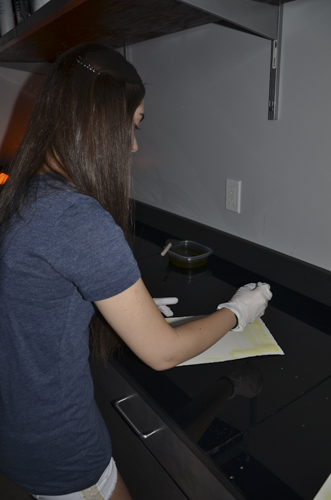 Contact printing frames hold the coated paper and objects during sun exposure to create cyanotype pictograms. This easy and simple process can be done at home too; the fun doesn’t need to end. 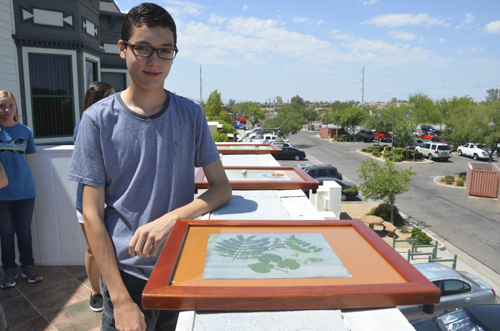 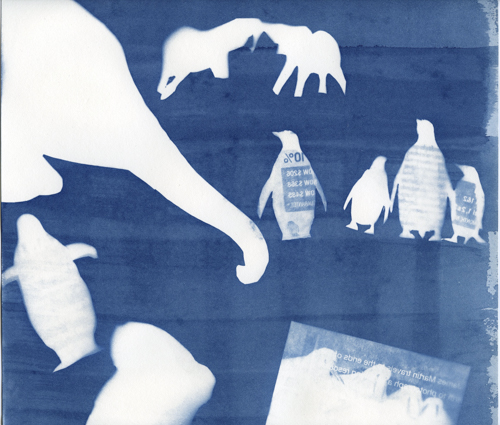 Like the cyanotype printing, a piece of black and white printing paper can be used to make a pictogram in the darkroom, instead of the sun, under an enlarger light. 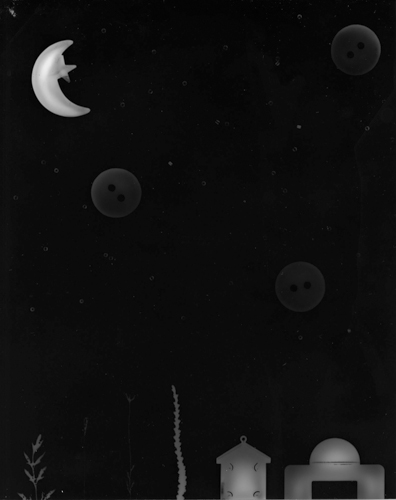