Thank you to everyone who attended the opening reception for our Picturing Resistance exhibition this past Saturday, where we had the pleasure of having author and performer Ada McCartney read selections of her own poems, as well as from Diane di Prima’s Revolutionary Letters in the passionate spirit of the images displayed on the walls in this exhibition.

Picturing Resistance will run until October 22nd, so there is still plenty of time to drop by and see the exhibition. In the meantime, have a look at a few moments from the opening reception! 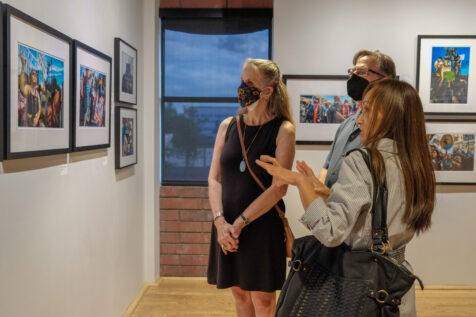 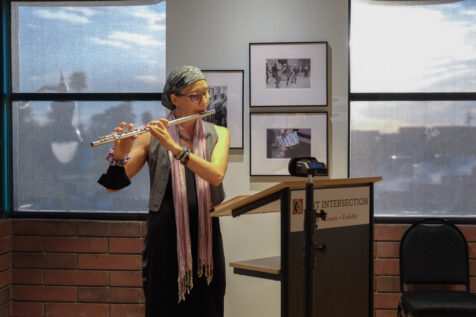 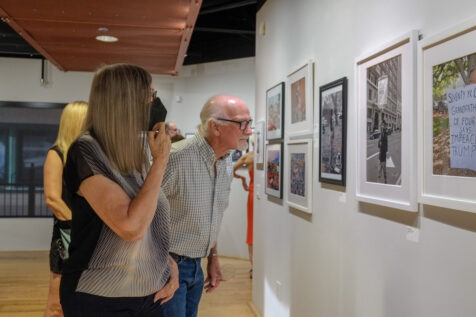 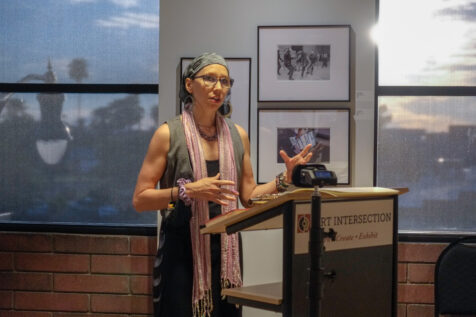 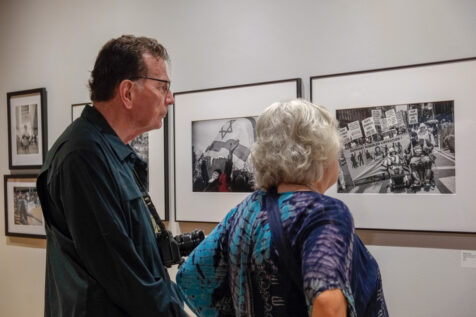 In addition to selecting the work featured the Picturing Resistance exhibition, Ken Light has images from his book, Midnight la Frontera, on display in Ryan Gallery.  These images, while captured between 1983 and 1987 while he rode along with U.S. Border Patrol agents, depict the same inhumane treatment migrants face today at our border. Both Picturing Resistance and Midnight La Frontera will be available to view at Art Intersection until October 22nd. 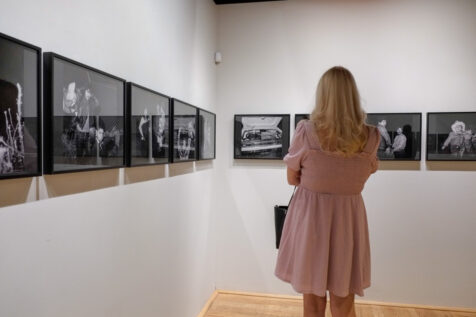 Take a look at our walk-through of both shows!